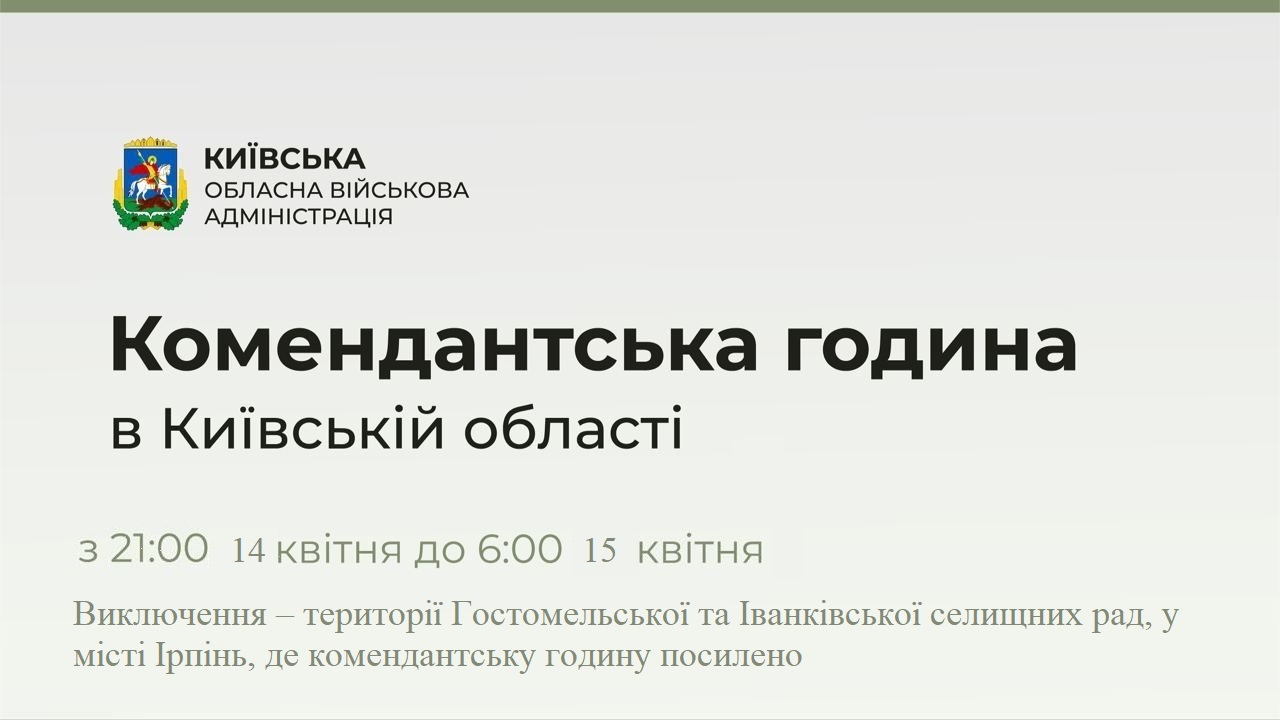 In the Kyiv region, curfew is introduced from 21:00 on April 14 to 6:00 on April 15. Exceptions are on the territory of Gostomel and Ivankiv village councils, in the city of Irpin, where the curfew is intensified. In the settlements of the Gostomel village council it will operate from 18:00 on April 14 to 6:00 on April 20. On the territory of Ivankivka village council - daily from 20:00 to 6:00 from April 13 to 18. In the city of Irpin, the previously established curfew lasts until 9:00 on April 15.
We will remind, at this time there is a ban on arrival to the settlement, stay on the street and in other public places. Except for the person having a special pass and identity card.
Source: KRMA