Ukrposhta will issue a postage stamp with the destroyed Crimean bridge 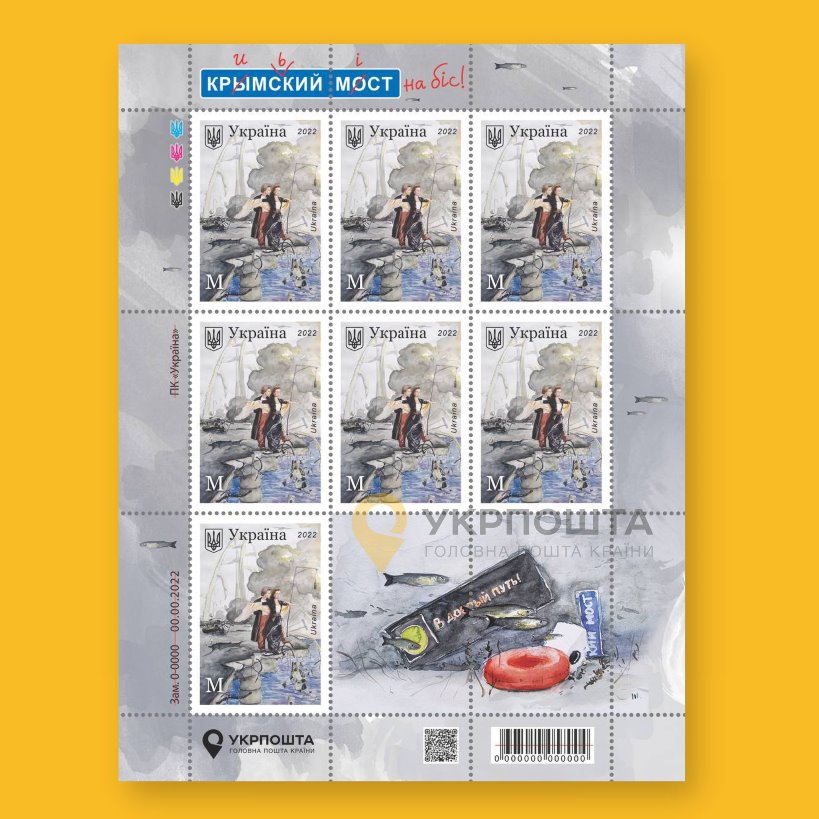 Ukrposhta announced the release of the "Crimean Bridge encore!" postage stamp.
For the sketch of the stamp, use a scene from the movie Titanic, in which Rose and Jack are standing against the background of the destroyed Crimean bridge. In addition to the main plot, the stamp contains several interesting details and hints: a cigarette butt in the hands of the heroine, as evidence that recently the occupiers suffer a lot from smoking in prohibited places, the passenger car of the occupiers, which went into the abyss, losing looted washing machines and other goods , Bayraktar, which "accidentally" flew over the bridge, a broken enemy tank, which was transported by the invaders to the front as part of a column.
Circulation of stamps - 7 million copies. The nominal value of the M brand (for the bridge), which is equal to the value of 18 hryvnias. per stamp or 126 hryvnias. for a sheet of 7 stamps. A "First Day" envelope, an unmarked artistic envelope and a card will be issued for the stamp.
Details regarding the release date of the brand and the terms of sale will be made public later.
Source: Ukrposhta 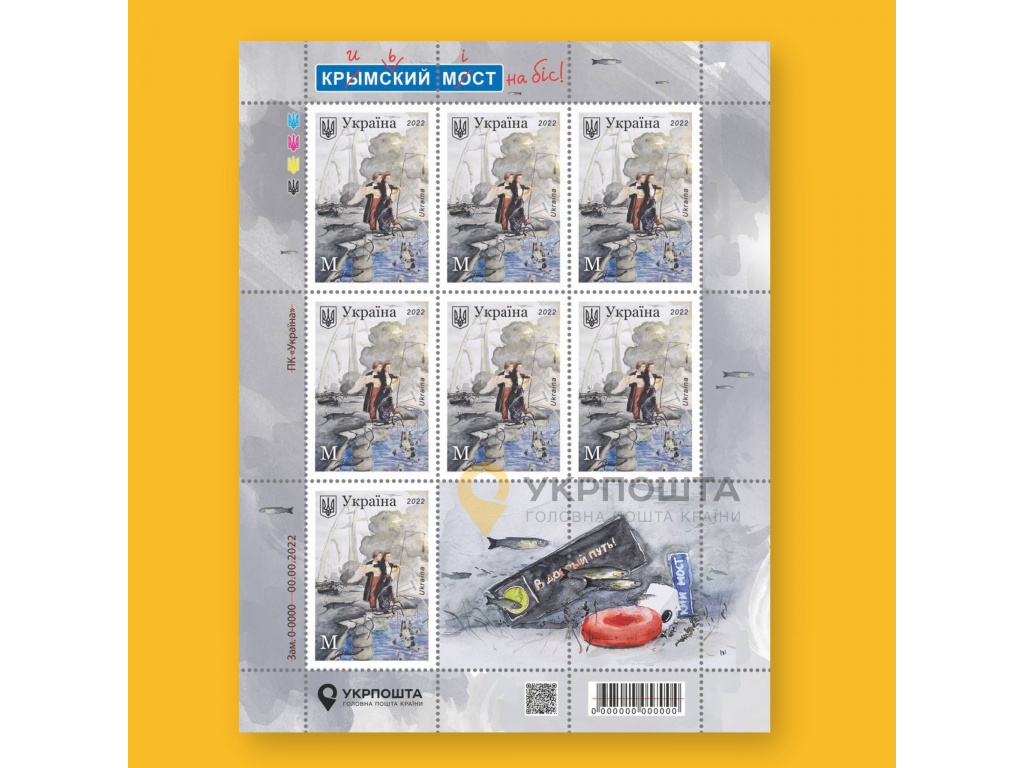 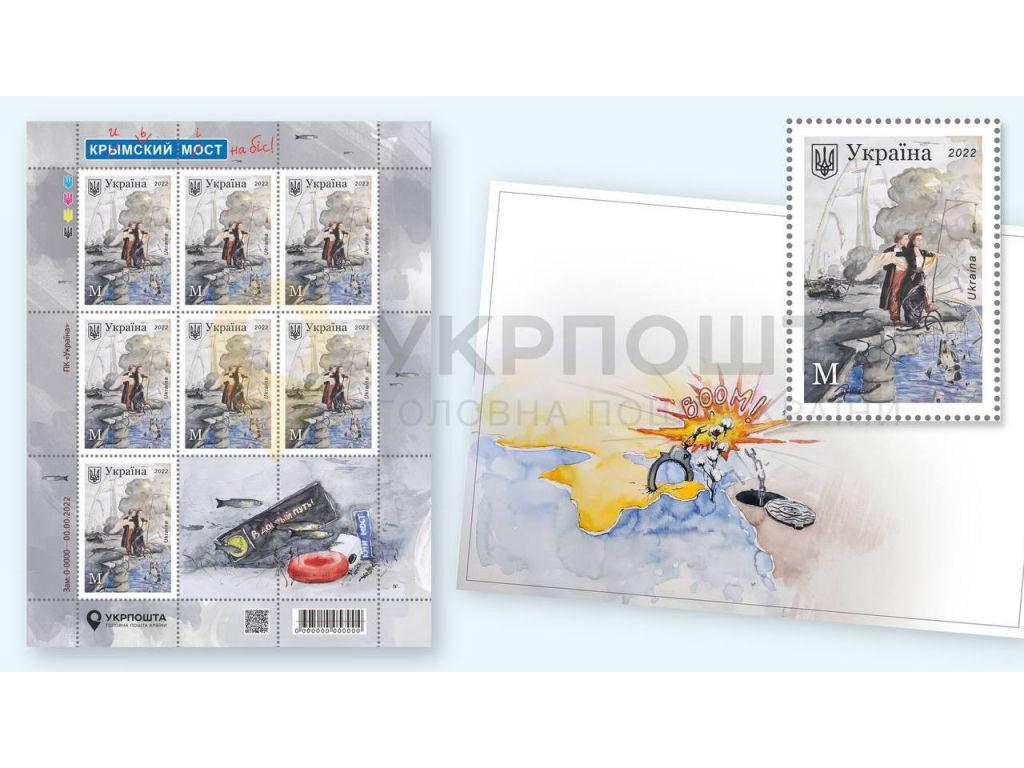